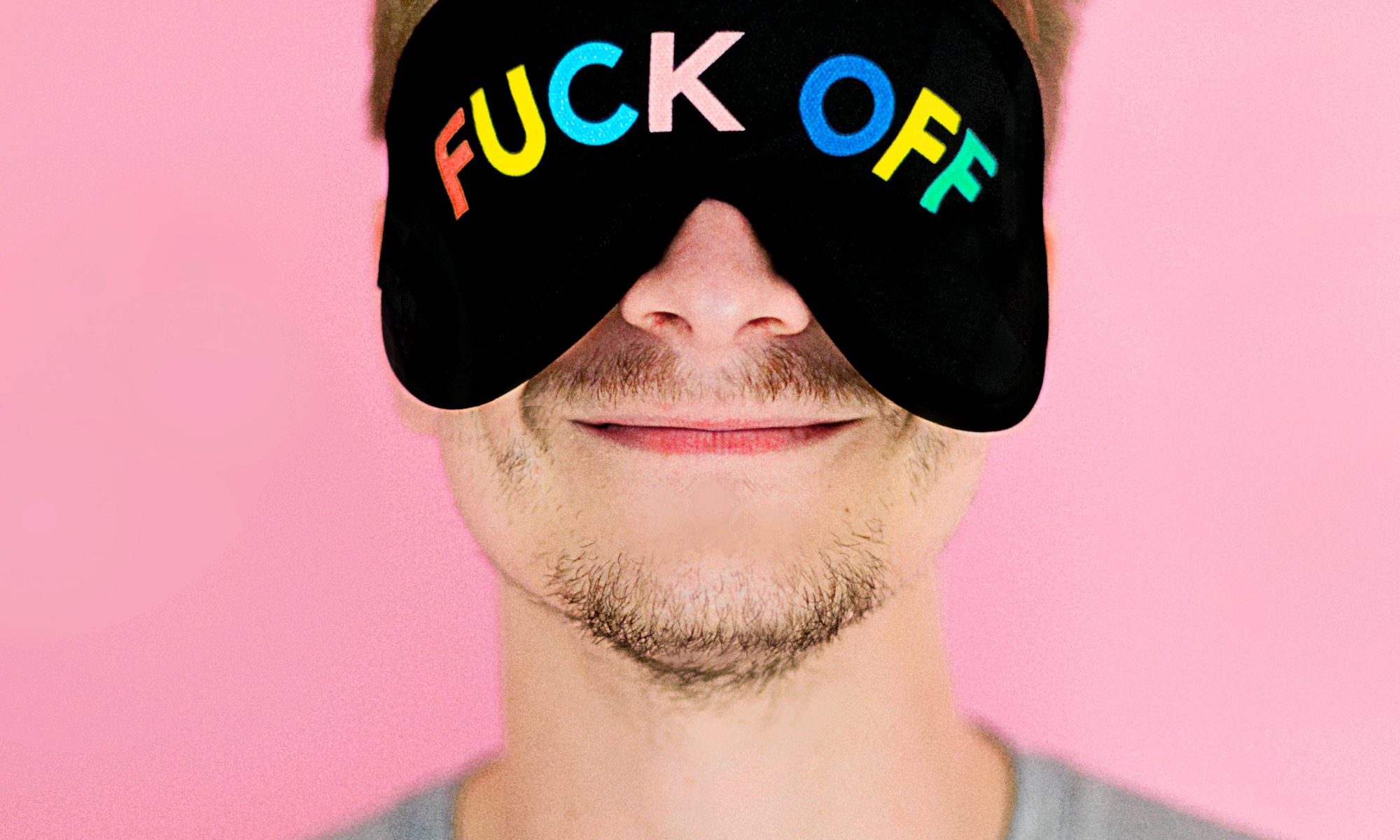 Last week I wrote an article about how we should care less about mass shootings and terrorism. After doing some deeper thinking, there are some more things who's importance is greatly overrated.

You may already agree with me. You may not. Either way, I can’t wait for the hate mails.

Look, I understand that you may not be a Trump supporter. For those of you who believe in communism or consider themselves leftists, may see Trump as the next Hitler/Stalin/Satan who will start World War 3. The evil capitalists and those on the right believe he is your savior who will Make America Great Again and that we’ll all party like it’s Woodstock, 1969.

But you know what? He is neither.

In addition, the US economy is incredibly robust and stable. It would take hundreds of highly influential politicians, finance magnats, and bankers to fuck up and bring down the US system. Trump himself can’t do that by himself. He also can’t simply decide to build a wall. His power is overrated.

I understand a lot of people have a hate on Trump. But from a historical point of view, Trump doesn’t pose a threat that the USA hasn’t survived up-to-date. So let’s all calm the fuck down, because you know what will happen at the end of the day?

Life will go on.

And once his time as president is served, after the re-election, the USA will be done with him and he will be just like many other presidents of the United States who were once controversial, discriminating, and complete dumbfucks…

Trump is probably the most up-to-date and biggest example of The Kardashian Rule. Just like how Kim Kardashian seems like she’s sooo successful because she gets all the attention, Trump seems like the most evil president ever, simply because we react to everything he says and shovel all our attention to him whenever he makes a tweet at 3 a.m.

The reality is, is that he actually isn’t as evil as we think. All he is, is a narcissistic, fat, old slob, who thinks life’s purely about winning/loosing and making TV ratings go through the roof.

And by shoveling more attention into his direction, all we’re doing is empowering and validating him. But what about if we just stop reading his needless tweets and discriminating comments? How much would that support his attitude?

How come people are all freaking out about a self-driving car running over somebody?

Do you know how many bloody people die in car crashs through human driver errors? I’ll tell you! It’s 1.25 million.

Humans are shit at this. They are shit at most other things too. Bring the AI on faster please!

The feminist movement can be broken down into four waves. The first-wave, in the late 19th and early 20th century, focused on women’s suffrage, property rights, and most importantly, political candidacy. Second-wave feminism, 1960s to 1980s, was about reducing inequalities in sex, the workplace, reprodcutive rights and inequalities in general. Third-wave feminism, from the 1990s to 2000s, was about embracing each others individualism and diversity. Much of the thrid-wave has left it’s traces today and we’re still not 100% done with it.

Since about 2008, the fourth-wave feminism movement has been about sexual harassment, assault, and social equality.

The first three-waves were all somewhat measureable. All women were granted the right vote in 1965, birth control measures were legalized, everyone was happy and we all went home and lived happily ever after.

But because legal and political equality is easy to measure, fourth-wave feminism is somewhat murky and is much harder to measure. The fact that women now make a deal about social equality, sexual harrassment etc. makes feminism a perception-based movement that is more about understanding what’s wrong with peoples thoughts and beliefs. The hardest thing about this, is that there is no metric to measure it.

For example – If I fire ten employees, and seven of them are women, did I fire them because it randomly turned out seven of them were women or because I’m a sexist? You can’t say, because you don’t know my true intentions of why I fired them. To know my intentions you would have look inside my brain or somehow be able to read my mind and understand my motivations.

Thus, today’s feminism has a measurement problem. Whereas you can measure education funding for men and woman by pulling out a calculator, you can’t so much do so when it comes to stereotypes or prejudices employers may hold against women.

The problem with a lack of a metric for social-justice is that it created more opportunities for feminists to blame the apparent ‘tyrannical’ patriachy, in which masculinity, power, and authority are seen as the cause of all evil.

Feminists bring up irrational, perception-based arguments that because more women get raped by men, then men by women, is evidence that we live in a male-dominant, tyrannical society. Or that because they are genuinely being complemented for their looks or being sent flowers on Valentines Day that they are being sexually harrassed.

As a result of this debate, feminism has lost a lot of its credibility in all seriousness.

Don’t get me wrong, I’m all about equal opportunities and rights for everybody and all genders. But the kind of feminism we’re seeing play itself out at the moment, is an attempt by women to downplay men, that won’t end-up anywhere.

What exactly is it, that you and your partner do on Valentines Day that you don’t do on random occasions/holidays/weekends/evenings throughout the year?

I mean, I don’t want to get involved in anyones relationship here, but if you ain’t doing those things on random occassions throughout the year, then I don’t know what kind of romantic relationship you have.

But anyway, that’s none of my business.

I think we idealize being an entrepreneur, and like most other things, it is completley overrated.

As part of the digital revolution, the media makes it seem like entrepreneurship promises you the most lavish lifestyle you could possibly imagine. Yachts, whirlpools, and sippin’ Dom-Perignon bottles with bikini models.

People make it look like its the ulitmate goal in life, and that we can all be entrepreneurs by taking advice from someone who went from being a plumber to driving a Ferrari in no time. Or to sign-up to the newest 5-step get rich quick e-book, that will, omg, totally transform your life in like, 3 months or something.

Entrepreneurship delivers a fake identity to most people, where they are promised that becoming an entrepreneur equals money, fame, freedom, and respect. There is no doubt that these things aren’t eminently desireable for many. That’s human nature.

But remember, that just because we’re naturally wired to want or do something, it doesn’t actually mean that it’s good for us. Because the reality is, is that for most of us, will never actually become rich and famous. Most of us will stay somewhat average. And that’s okay!

Apart from that, it’s no wonder entrepreneurship is idealized when the media only portrays the bright side of everything.  All we read about is how big of a new holiday home Jeff Bezos bought himself or that how much of a faboulous lifestyle 26-year-old Evan Spiegel is enjoying.

What we never hear of is the relentless, never-ending struggle that it takes to even get to the point where you can enjoy the lavish lifestyle. To be a successful entrepreneur it takes years, if not, decades of consistent struggle, working your face off, a bit of luck, and being at the right place at the right time.

Entrepreneurship isn’t for everybody, and not everyone should be an entrepreneur. So let’s all chill for a beat. 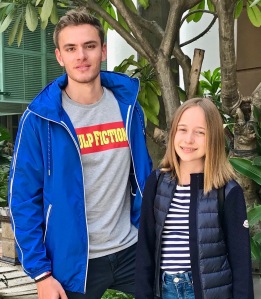 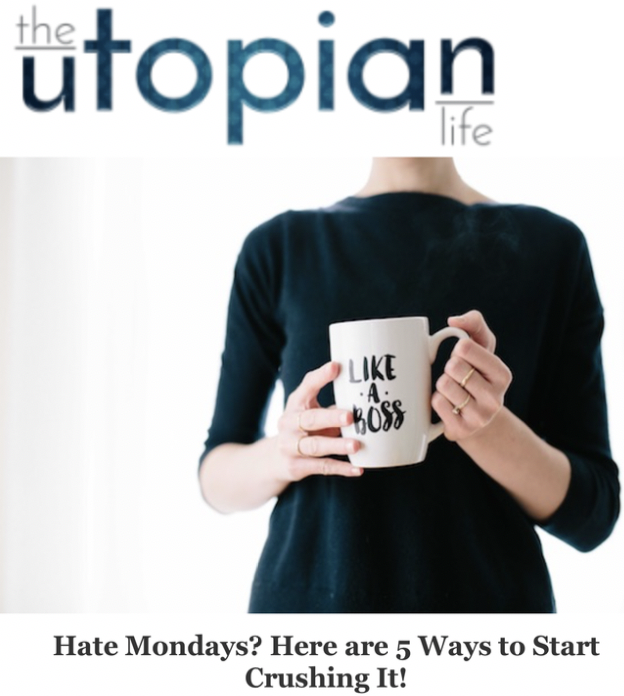 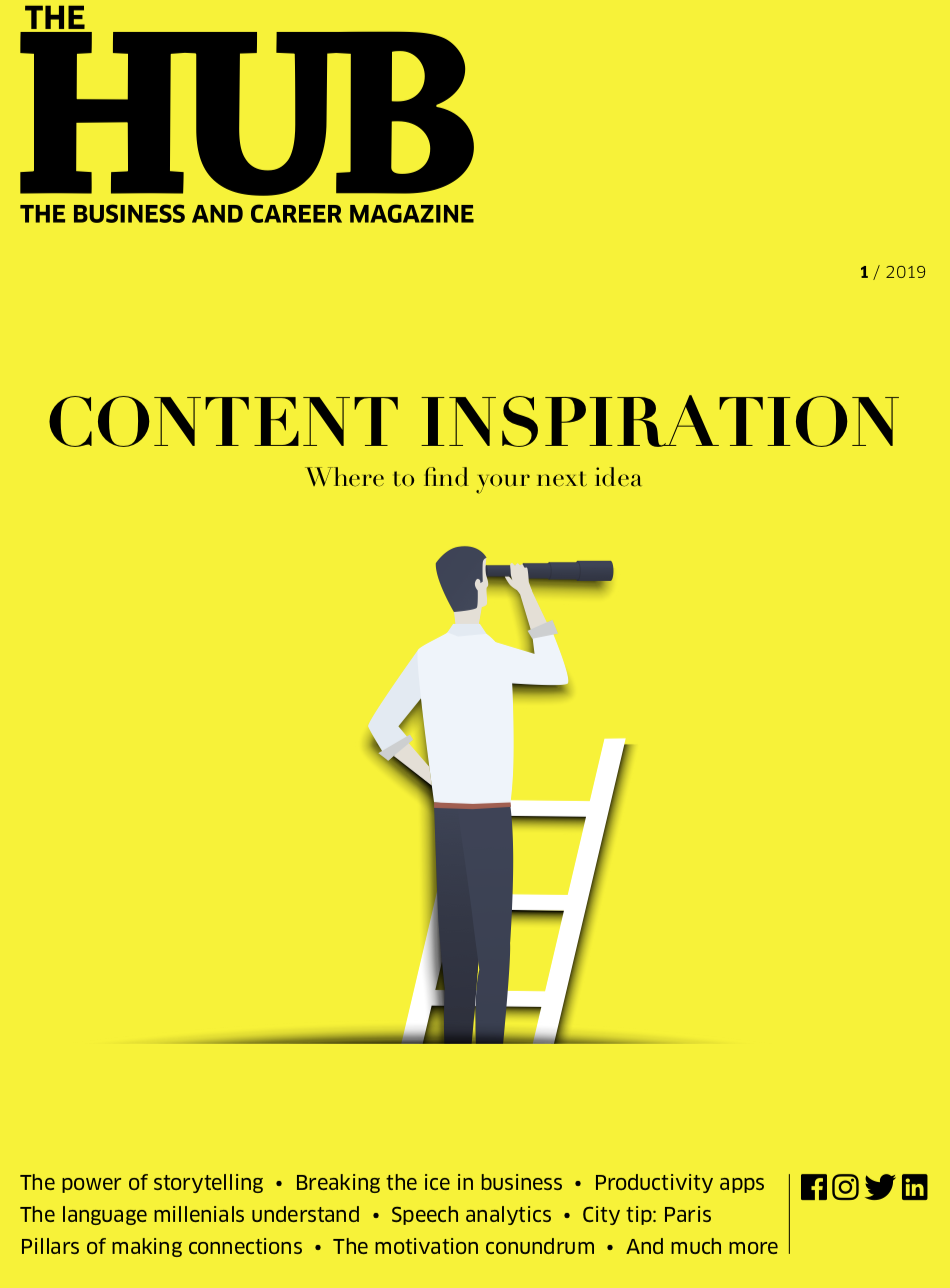 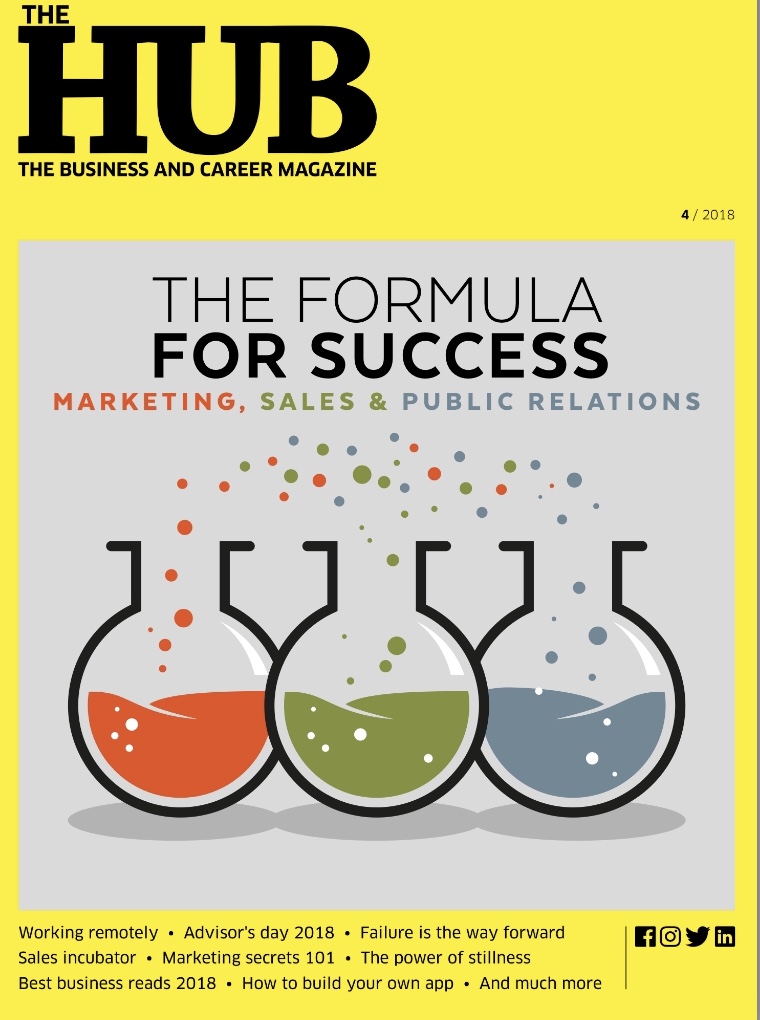 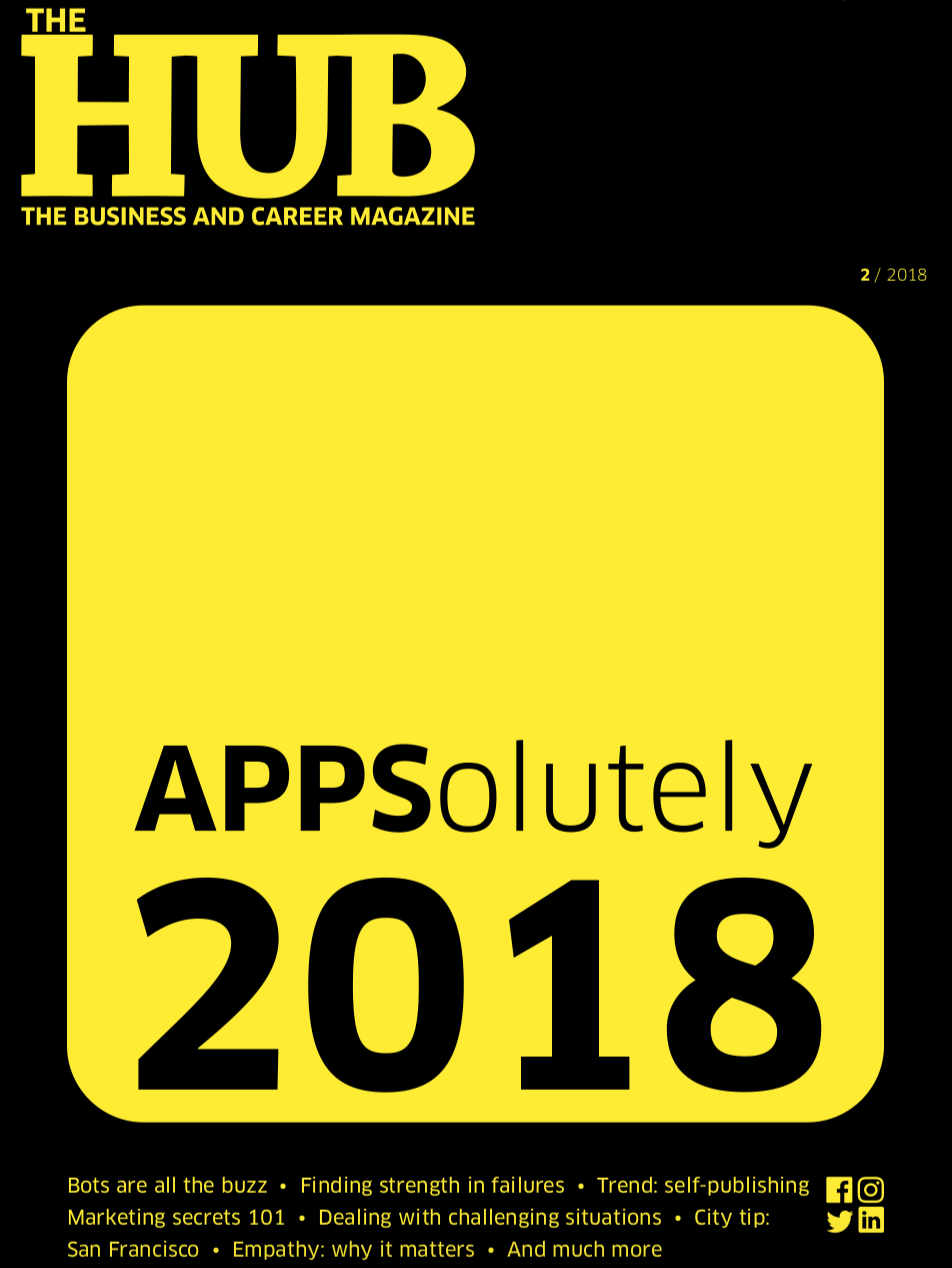 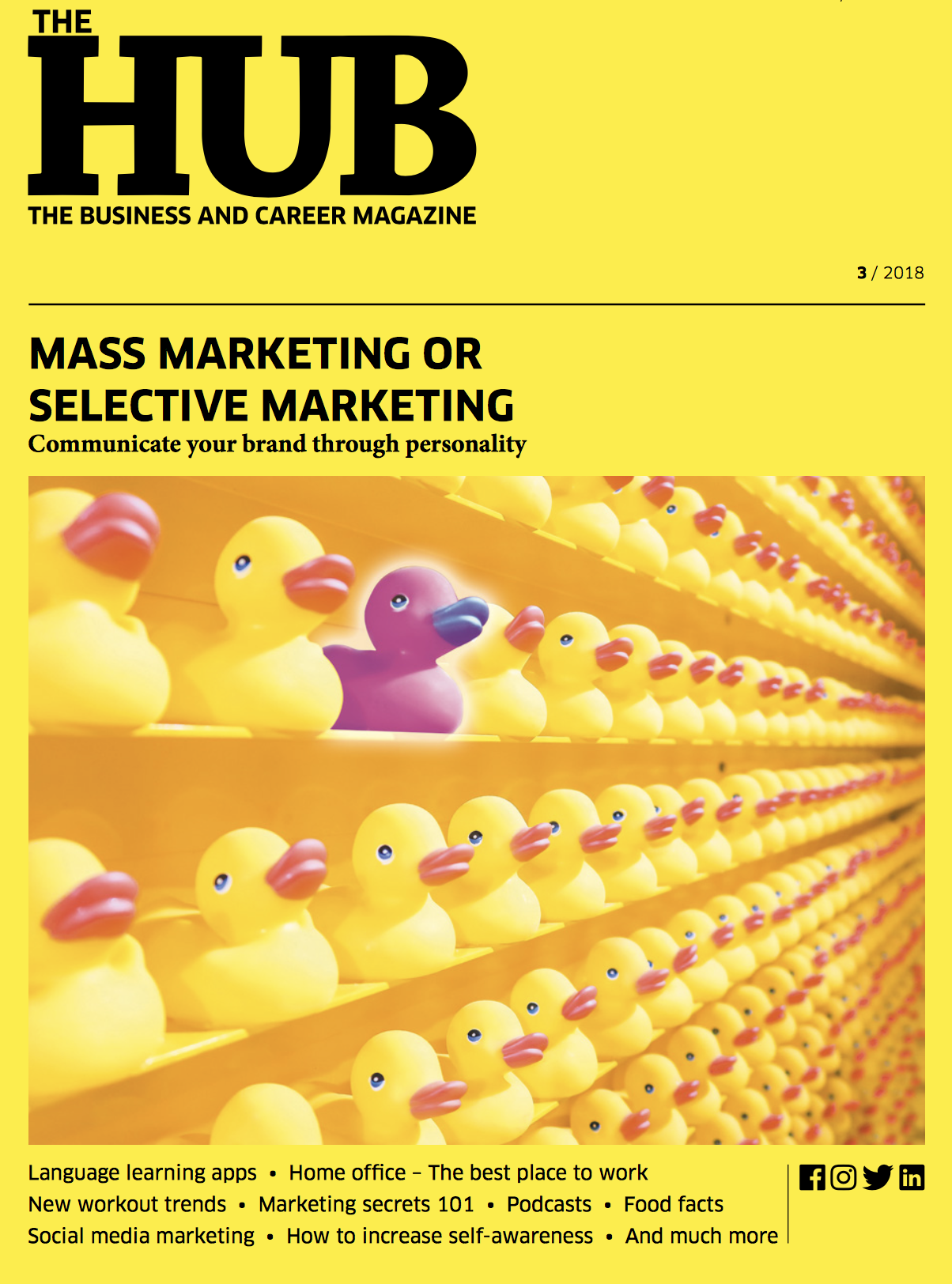